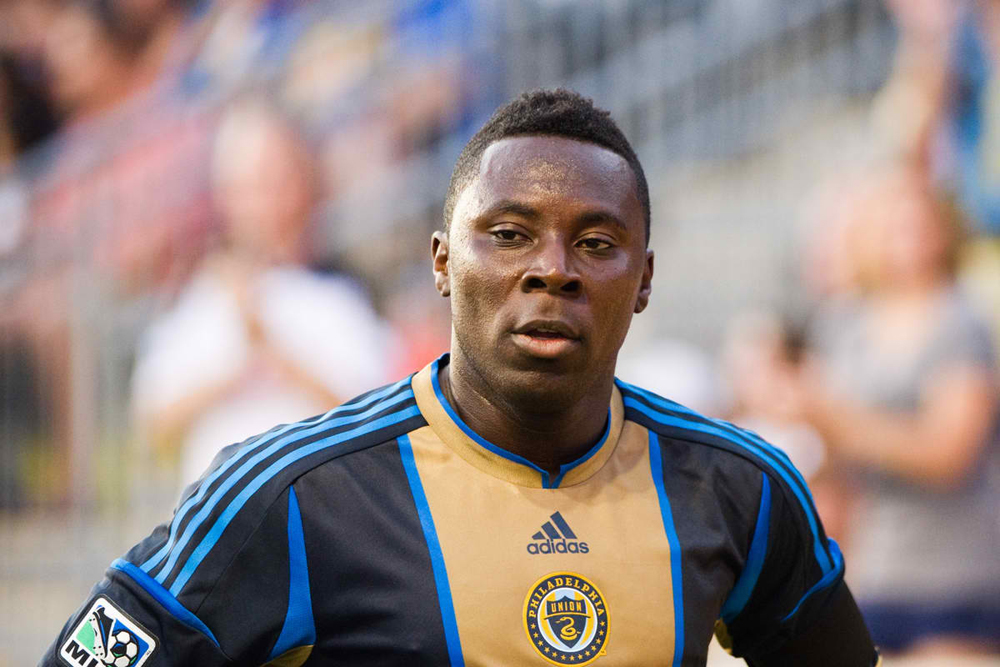 At the age of 15, Jermaine Pennant had the world at his feet. A prodigiously talented winger blessed with electric pace, he’d just been snapped up by Arsenal boss Arsene Wenger for a massive £2m ($4m) – a record fee for a trainee at the time. However, Pennant singularly failed to live up to his promise, even ending up in prison after being caught drink driving. Now warming the substitutes’ bench at Stoke, Pennant is one of thousands of footballers to have failed to live up to his early promise.

After a succession of fine displays at the 1998 World Cup in France, the Argentine goalkeeper was courted by Manchester United and Arsenal. However, he then went AWOL for two whole years, joining a religious cult that predicted the end of the world. When that didn’t happen, he returned to football, turning out for a handful of lowly Spanish sides. By this time, however, his time had been and gone.

An athletic and gifted defender whose reading of the game and defensive poise propelled Monaco to the French League title in 2000. A £6.5m ($13m) move to Barcelona soon followed, but his career nosedived as he struggled to cope with the weight of expectation and a series of injuries. By 2005 he was turning out for Fulham reserves, and four years later he retired after failing to find a club willing to give him a game. He was 30 years old.

The ‘Next Steven Gerrard’ made his Liverpool debut in a League Cup tie against Ipswich in 2002 at just 18. Moved to Hull City in January 2006 for regular first team football, but broke his leg in a challenge with former Liverpool teammate Neil Mellor, and was never the same again. Turned out for Chester, Carlisle, Tranmere and Bury over the next few years, and is now battling away for League One side Preston.

Gerard Houllier was convinced that he’d signed the new Zinedine Zidane for Liverpool back in 2002 when the young Frenchman joined from Lille. Thirty-nine below-par performances over the next four years suggested otherwise… Spells at Marseille, Bordeaux, Rennes and Nantes followed, but he failed to recapture his youthful form. His only honour remains the 1999-2000 French Second Division title.

Seven-year old Sonny was invited to train with Ajax’s academy of excellence in the early 1990s after appearing on TV juggling footballs like a seal. He was swiftly compared with Diego Maradona, but the pressure proved too much and he failed to progress beyond non-league football in England. The boy wonder then suffered a nervous breakdown at the age of 20, but clawed his way back from the brink and went on to study for a psychology degree.

Inter Milan splashed out heavily on the Bari teenager who had been described as the heir apparent to Roberto Baggio in the Italian national side. However, in seven years at the club, Ventola managed a grand total of 37 appearances. Now aged 35, he’s still waiting for that elusive first international cap, and, after being banned for 42 months for match fixing in June 2012, it’s safe to say that we’ll never see him turning out for the Azzurri.

AC Milan beat off strong competition from Barcelona and Manchester United for world football’s newest star in 1997. A year later Ba was devastated to be left out of France’s World Cup winning squad, and his career never recovered. In the following decade he turned out a few times for a variety of clubs, but after failing to impress at Swedish side Djurgårdens IF, he hung up his not-so-golden boots.

“Lamptey is my natural successor as the greatest player of all time,” said Pele, after seeing the 15-year-old Ghanaian light up the 1989 World Youth Championships. He was soon smuggled out of Africa to sign for Anderlecht, and went on to dazzle at PSV Eindhoven for a season. However, by the time he joined Aston Villa as a 19-year-old in 1994, he was all but burnt out. Now back in Ghana breeding cattle.

The Brazilian became the world’s most expensive player when joining Real Betis for £21.5m ($43m) in 1998, but soon became a regular on the subs bench. A nomadic footballing journey followed after his release in 2004, then, on 2 June 2009, he became the richest player in Vietnamese football history when he signed for Xi Măng Hải Phòng. He even scored on his debut against Hoàng Anh Gia Lai, but left after only three weeks and has barely been seen since.

Freddy was tipped to be America’s first ever soccer superstar after making his MLS debut at the tender age of 14, but it proved to be a case of much Adu about nothing… Three years later he joined Portuguese giants Benfica, but failed to set the world alight. Subsequent spells at Monaco, Belenenses, Aris Salonika, Çaykur Rizespor and a trial at Manchester United failed to work out, and he’s now trying to rebuild his career in Brazil with Bahia. Still only 24.