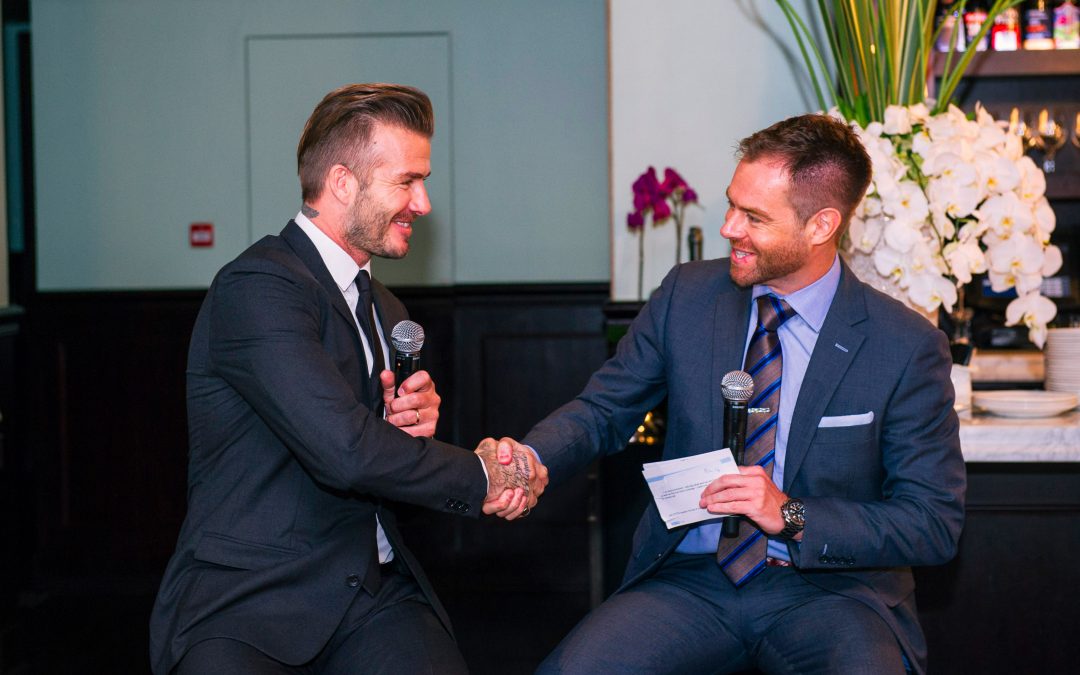 Not that I’m a lemming to the stylistic whims of Sir David or anything.

Actually, it was stumbling upon a picture of the actor Hugh Jackman that prompted me to divorce my razor. I thought, “I’ll have some of that – I’ll look like Wolverine from now on.” Unfortunately, the missus thinks I look more like the late Harold Shipman.

If you’re unfamiliar with the work of Shipman, here’s a quick potted history. After years of working as an unassuming general practitioner in the north of England, Dr Shipman morphed into one of the United Kingdom’s most renowned and despised serial killers. Not only am I a bit miffed at the comparison with a chap nicknamed Doctor Death, but it’s not exactly flattering to be compared looks-wise to a man whose image didn’t become public property until he was 54.

The problem with growing a beard at the moment is that, like emotionally unstable ex-girlfriends, everyone seems to have one. I flew back to London in August believing that I was the epitome of cool, yet everywhere I turned there was another chap sporting a two-week growth. It’s like an epidemic. Maybe it’s time to buck the trend of all-encompassing facial hirsuteness and embrace a 1980s Magnum PI tache instead.

My beard enjoyed its first public outing at a wedding down on the south coast of England in a delightful town called Chichester. Alas, my other half had to fly back to Singapore earlier than expected, so I rocked up alone and was promptly shunted onto the “misfits’ table”. Anyone who’s ever been to a wedding as a singleton will know exactly what I mean. You’re sat there with all the other spare parts who are on the periphery of the main social group.

Back in the day, when I was actually a 20-something singleton, the bride would always strategically position me next to a borderline alcoholic with 15 kids in the hope that we’d start dating and live happily ever after. It never once worked out; they always said no – even to a drunken, post-disco knee-trembler. Modern women simply have no concept of romance.
Anyway, at this particular gathering of misfits, I was seated next to a chap called Jeff Brazier, the former partner of the sadly deceased UK reality TV star, Jade Goody. He’s now the “celebrity go-to man” on the hugely popular ITV programme, This Morning.

Now, despite the fact that I also work in TV, I despise the culture of celebrity. The meaning of the word has been transformed in the modern era to one that should be banished from the English language. To me, “celebrity” means George Clooney, Brad Pitt, Madonna, Rolf Harris… Actually, scratch the last one.

The whole culture of celebrity is out of control, so my opinion of Mr Brazier was lower than a rattlesnake’s testicles even before I sat down beside him to enjoy my rather lovely salmon mousse; I knew I was going to hate him. But then a strange thing happened… he turned out to be the nicest bloke I’ve ever met, outside of the males who work at EX (there are very nearly as many dodos on the planet as there are men at EX, but you get the drift).

It just goes to prove that you should never, ever pre-judge people, no matter what they do for a living or the circles in which they mix. Unless, of course he happens to be a sociopathic doctor from Manchester with a Richard Lenton-like beard.*

* Have I really just spoken about myself in the third person? Inject me now, Dr Shipman.