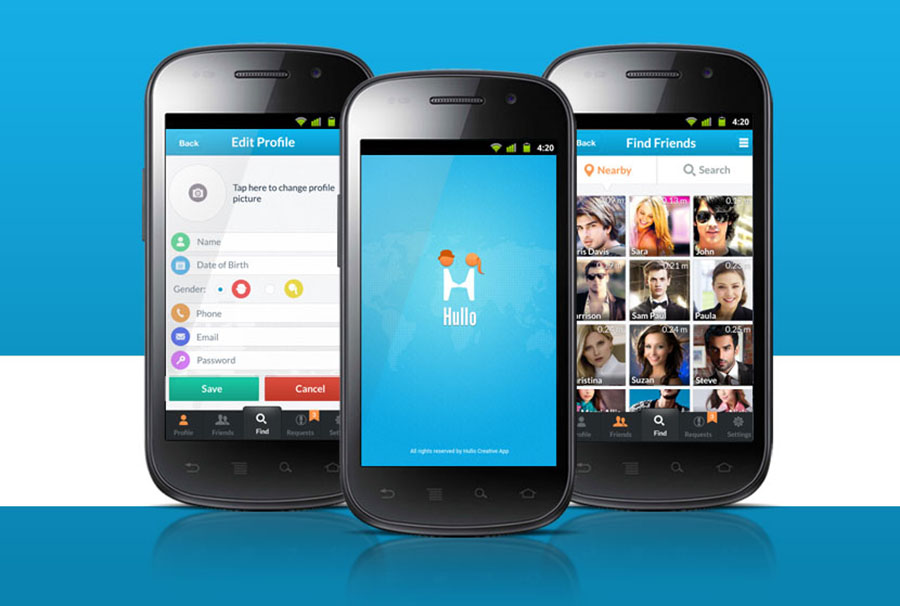 George de Mestral marches purposefully through the picturesque Alpine countryside on a bright summer’s afternoon, a freshly-polished shotgun under his arm and his faithful dog shadowing his every move. The year is 1941, and after a successful hunt, the 34-year-old Swiss inventor notices that hundreds of spiky burdock burr seeds have lodged in his woollen trousers and in the dog’s fur. After spending what seems like hours removing the seeds, a fascinated de Mestral reaches for his microscope and takes a closer look at these annoying, clingy objects. He discovers that the surface of each seed contains little hooks and loops that attach to whatever is in its path. ‘A product with qualities like this could be rather useful,’ thought de Mestral. A decade later, the first version of what became known as Velcro hit the marketplace.

Singapore, June 2013: English-born professional footballers Tom Beattie and Liam Shotton are watching the world go by in a café on Orchard Road, when they’re approached by two young ladies. Without invitation, the buxom girls sit themselves opposite the footballers, twirling their hair suggestively and fluttering their eyelashes. Sounds like it’s shaping up for a rather pleasant afternoon, doesn’t it? However…

“The only problem was that I wasn’t attracted to the girl who was sat facing me, yabbering on, but I thought that her friend who was talking to Liam was really cool and my kind of girl,” said Tom, a natural entrepreneur who also runs his own clothing label, RSD Collective.

“I really wanted to chat to her, but they were sisters so it was pretty awkward. That’s when I had a little lightbulb moment; I thought, how great would it be to have an app where I could request her phone number without her sister knowing! That’s where the initial idea for Hullo was born.”

Like de Mestral, Tom had identified a need. If a social media app existed that enabled him to contact Cinderella without the Ugly Sister knowing, then he would surely live happily ever after. Or at least have a bit of… Anyway. While it took de Mestral over ten years to finally take Velcro to market, Tom was in no mood to hang about.

“I thought I was on to something, and it stayed in the back of my mind. Then two weeks later I was at a party, and there was a guy there who I knew had a business background who could potentially help me with my clothing label, but I didn’t have the opportunity to speak to him. Again, I thought how useful it would be if I had an app where I could send him a message and request his contact number and email address.

“That was the second time that a real need had occurred in two completely different scenarios. That was when the lightbulb exploded!”

Tom shared his idea with Shotton, his close friend and Hougang United FC teammate. A closet geek who has amassed a wealth of knowledge of apps, Liam immediately saw the potential in Tom’s idea.

“I switched on straight away, there’s nothing out there like Hullo,” said Liam, whose brother Ryan plays for English Premier League side Stoke City FC.

“Hullo is not specific. It’s not dating, it’s not Linkedin, it’s whatever you want to use it for. It’s a medium for getting someone’s number and email address. A school kid might want to speak to someone in his or her class about an assignment. You might want to find fellow supporters of a football team to meet up with for a drink before or after a game. The opportunities to use it are almost limitless.”

At the time of Tom and Liam’s initial conversation, the pair had only been living in Singapore for a matter of months, and, as such, their contact base was very limited. Without knowing the movers and shakers in Singapore’s business community, the next developmental stage could have been a long, laborious one. Enter, John Wilkinson, the former Exeter City midfielder and Singapore international who plays for Hougang’s rival S-League side, Tanjong Pagar United.

John, who moved to Singapore in 2002, had taken Liam and Tom under his wing as soon as they arrived in the country, regularly inviting them over to his family home for dinner.

“He came to live with us briefly when he first arrived, and he just fitted straight in. My kids fly around at 100mph and Tom’s exactly the same – he’s got unbelievable energy.

“He’s forever throwing new ideas out there, and we’ve heard so many that when he started talking about Hullo we just rolled our eyes. But as soon as he began explaining it, our ears pricked up and we realized that it was a good idea. I saw the social side to it immediately, and my wife Karen works for the government so she immediately thought of a business and networking angle.”

You might think that entrepreneurial spirit and business acumen are highly unusual traits for professional footballers, who, in the English press at least, are pilloried at any given opportunity for an apparent lack of intellect. Why do you think players always give bland, media-trained answers to even the most basic questions from reporters? They know that their words can be taken out of context and they can be hammered.

David Beckham soon sought media expertise after being painted as the bluntest tool in the box following his comment: ‘I definitely want (his son) Brooklyn christened, I’m just not sure what religion yet.”

However, I’ve always wondered how the public can possibly expect their heroes to be well-educated, well read intellectuals when they’re signed to professional football clubs at an age when they’re barely out of nappies. But whatever anyone thinks of footballers in general, there’s no denying how big an achievement it is for these guys to take an idea all the way to the marketplace in barely four months.

“We’ve lived and breathed it and worked unbelievably hard,” adds Tom.
“After bouncing the initial idea about, the next stage was to get in touch with developers in Singapore. That was in July. We arranged to meet loads of them because we wanted the right fit. Every day after training we’d have meetings somewhere in the city.

“If we’d have been trying to launch this in bigger countries it would have been difficult – unless you lived in the centre of London or New York where you have a large number of developers – but the size of Singapore made it manageable.

“Every developer was different. We wanted a developer who was happy with an ongoing relationship, who would ask questions and play devil’s advocate. We didn’t want a company to build it and just say ‘there you go, see you later’. The team we’ve chosen is really excited about it, they’re really enthused and motivated.”

This co-operative ideas approach has helped the product evolve and take shape in double-quick fashion.

“We did loads of research into apps and downloaded tons of them to find out what we liked and didn’t like,” adds John.
“We were advised to put cute icons on the profile page and add games, but then we decided that less is more, so we stripped it back to not detract from what it does.
“It’s an evolving animal because we don’t know exactly where it will go and what different uses people will find for it. It’s out of our hands what it becomes, it depends how the public take to it and what they use it for.”

The trio have also enlisted the help of their high profile footballing friends back in England’s Premier League. Liam’s brother Ryan is a Stoke City player, and two of his best pals are a certain Peter Crouch, and the recently retired ex-Liverpool and England legend Michael Owen.

“They love the idea and they’ve said they’ll help any way they can,” adds Liam.
“Peter Crouch may even become the face of the app like Gary Lineker is the face of Walkers crisps. Crouchie spent his early years living in Singapore which also helps in this market.”

The lads have also sought the advice of Facebook co-founder Eduardo Saverin, who believes that the product has enormous potential.

“He told us, ‘if you don’t make this work then you’ve done something wrong’,” adds John.

“But we’ve got to be careful. Lots of people have wanted to invest in Hullo just on the basis of the idea, without even looking at the business plan. We’ve already had over $100,000 in offers. We’ve had people ask how much it would cost to own as little as 1%, but we’re not interested at this stage. Every 1% will be even more important three years from now.

“We’ll probably make mistakes along the way, but we make mistakes all the time on a football pitch and you have to dust yourself off and go again. We’re determined to make a success of it.”

THOMAS BEATTIE
Nationality: British
Interesting fact 1: Tom gained degrees in PE and biology while on a football scholarship in America.
Interesting fact 2: Tom’s clothing label, RSD Collective – which sells hoodies, hats and other streetwear – is big in New York and Sweden. They recently collaborated with Toms shoes on a new collection.
Don’t mention: Don’t confuse him with Thomas Beatie, who in 2008 became the first man to give birth.

LIAM SHOTTON
Nationality: British
Interesting fact 1: A year ago, Liam was getting up at 5am every day to go to work digging roads.
Interesting fact 2: Liam’s brother Ryan has arguably the longest throw-in in the English Premier League.
Don’t mention: His former Nantwich Town FC boss Steve Davis, who blasted him in the press when he left for local rivals Kidsgrove, saying: “It’s his loss. To go to Kidsgrove at the foot of the table for a few extra quid is foolish. It shows he’s not the brightest.”

JOHN WILKINSON
Nationality: British/Singaporean
Interesting fact 1: John played 29 international matches for Singapore.
Interesting fact 2: John also runs Hullo Creative, an agency that represents footballers and artists. He runs it with his wife, who he met the day he arrived in Singapore.
Don’t mention: Uri Geller. While John was at Exeter City FC, Geller was on the board of directors and would visit the changing rooms before matches, bending spoons and telling the players to focus. “We’d start giggling and he used to get really angry and storm out, throwing his spoon on the floor.”