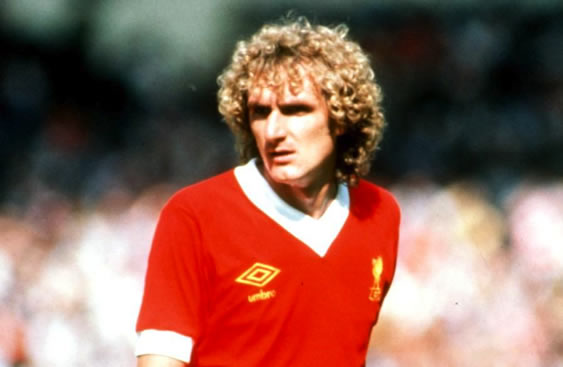 It goes without saying that the decision to relocate to Falmer has completely transformed the fortunes of Brighton & Hove Albion Football Club – the Seagulls now own a state-of-the-art stadium, have one of the game’s most gifted young managers at the helm, and harbour genuine hopes of returning to the top flight of English football for the first time since Shakin’ Stevens sat at the summit of the pop charts. Four years ago – and without quite as much fanfare – I also made the move to Falmer, and my experiences in the quaint Sussex village had a similar galvanizing effect…

Just before Christmas 2007, I was sounded out about a job at Golf Punk magazine, whose creative hub was at the Sussex Innovation Centre in Falmer. Instead of the traditional interview procedure – meeting room, powerpoint presentation, white lies and blatant untruths – I was summoned to meet the editor and his deputy at the Polar Bar on Western Road in Hove. Within 30 seconds, the Guinness was flowing and the editor and I realised that we shared a similar penchant for regaling hard luck stories of our failed efforts to make it as footballers. Recollections of the remainder of that evening remain hazy, although the landlord has since told me that we left in the early hours of the morning arm in arm with a magician who’d entertained us with an array of card tricks after we promised to book him for our Christmas party. More importantly, the job was mine.

After spending the following year travelling the world playing some of the ugliest golf shots ever witnessed, getting involved in more than my fair share of scrapes, and writing the occasional article, I was charged with launching Golf Punk’s spin-off football publication. After a great deal of research and countless focus groups, we came up with the title, Football Punk.

One of my first assignments was to spend a week in the Caribbean with a Liverpool FC legends team who were spearheading a charity drive for the Jason Roberts Foundation in Grenada. I’d had worse jobs… The culmination of a week of heavy boozing, high jinks and good times in five-star surroundings was a charity match between the Legends and a Grenada all-star team. At school I’d been reasonably sharp at maths, and it quickly dawned on me that Liverpool manager Phil Thompson only had ten former players at his disposal after John Barnes’s last-minute withdrawal to take the vacant manager’s job at Tranmere Rovers. Who better to replace a twinkle-toed former England international who had the World In Motion than my good self, I thought… For the next few days I badgered the gaffer into handing me a place in the squad; I even joined in coaching sessions that Phil and the lads were overseeing for school kids on the island. I was the oldest trialist in the world, but persistence paid off and, the evening before the game, Phil gave me the nod.

As I strapped on my shinpads in the corner of a makeshift dressing room, I found myself staring intently at goalkeeper Bruce Grobbelaar, who was sat motionless on a fold-up chair with a thick white towel covering his face. Twenty-five years previously, as a wide-eyed nine-year old boy who dreamt of footballing superstardom, I’d sat, mesmerized, in front of my gran’s black and white TV as Bruce spaghetti-legged his way inside the minds of Roma’s psyched out stars to secure European Cup glory for the Reds in one of the most famous penalty shoot-outs of all time. A quarter of a century later, here I was gawping at the Zimbabwean’s naked torso – save for the towel. Talk about surreal.

Phil read out the team: “Bruce in goal, Rob Jones, Phil Babb, Gary Gillespie, Mark Wright, Mark Walters, Jason McAteer, Michael Thomas, Paul Walsh… Richard, can you do a job for us on the right side of midfield?” I considered telling Phil that I’d be better employed in the middle of the park as a playmaker, but I managed to bite my lip. For me, this would be the pinnacle of a very average ‘career’ in football. Ten former Liverpool players – nine of whom were full internationals – plus me. Eighteen months earlier I was so disillusioned with the prospect of working a nightshift on a website 65 miles from home that I’d gone on the lash all day before jumping on a train to the office in west London. I proceeded to nod off on the toilet, only to wake up with the door wide open and my pants still wedged around my ankles. Now I was preparing to play for Liverpool in front of 4,000 people at the National Stadium in Grenada.

As we lined up on the pitch, and after being introduced to pre-eminent Grenadian politicians, the announcer asked for silence as the national anthem of Liverpool was played. I expected God Save The Queen, but instead the hushed crowd were treated to a reggae-inspired version of You’ll Never Walk Alone. I didn’t think such a moment could be surpassed, but then I set up a goal in a 6-1 win and found myself being mobbed for an autograph by impressionable kids who obviously mistook me for Steven Gerrard. I was in heaven, and it was Football Punk that had transported me there from our cluttered office in Falmer.

Alas, like the 1970s musical genre, Punk had very little longevity. Despite all the industry awards it garnered and the talent at its disposal, the Punk brand died a sad death late last year owing more money to its creditors than Greece. It was a terribly sad way to bow out – the publishing equivalent of an aging Muhammad Ali being pummeled by Trevor Berbick in the ludicrously titled ‘Dramas In Bahamas’. Actually, I’m over-egging the pudding, but you get my drift.

One of the personal positives of its demise was that it led to offers of TV work with Sky News and a reporter’s job with ESPN, before being handed a gig as a main presenter in Singapore – Punk had changed my life more than any impressionable 70s teenager with a safety pin drilled through their hooter.

The other day, as I prepared for my TV show with a calming stroll around the Botanical Gardens with my other half, I chanced upon a copy of Golf Punk’s Singapore edition at an obscure magazine store. Occasionally, overseas editions of the magazine – which are still going strong – will use old content from its deceased UK brother, and, as I casually flicked through for old times sake, I stumbled across a feature I’d written about the first left-handed player to ever win The Open Championship, Bob Charles. It was the first piece I’d ever written for Golf Punk four years previously. I smiled, and thought of Guinness, magicians and a little village in Sussex.