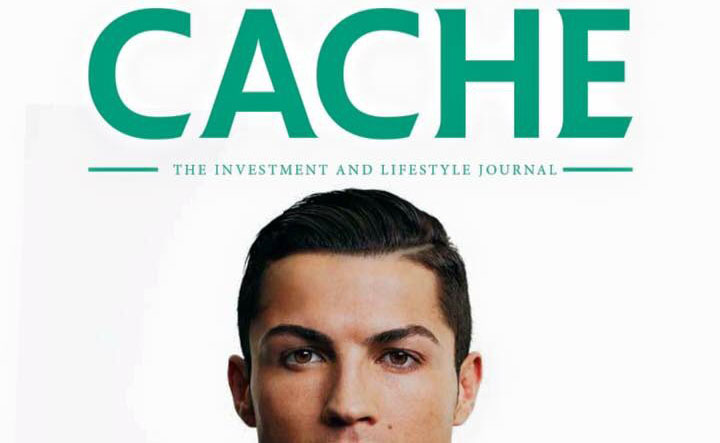 When it comes to celebrity endorsements, authenticity is key for the brand partnership to work.

Within two years, and after producing a stunning ornate tea-set for the Queen, the young entrepreneur was appointed as ‘Potter To Her Majesty’. His creamware subsequently became known as Queensware, and thus the first ‘celebrity’ endorsement was born. As celebrities go, it doesn’t get much bigger than the Queen of England.

Wedgwood knew full well that the aspirational middle classes would jump at the opportunity to elevate themselves among their social peers by associating with a brand that had been rubber-stamped by royalty.

From this point on, Wedgwood actively sought out commissions from the aristocracy and nobility in order to increase his pool of high ranking brand ambassadors.

Other potters of the time avoided commissions of this nature because of the time and expense required to woo such clients, but Wedgwood knew the value of endorsements. As soon as he struck a deal with a person of note, he wasted no time in advertising the fact to the much larger and more profitable mainstream market.
Wedgwood’s celebrity endorsed reputation for quality allowed him to sell his products for a considerably higher price than his rivals. For instance, in 1770 an average dinner plate cost around two pence, whereas a Wedgwood plate was priced at eight pence (approximately US$27 today).

“(Economic downturn) will work particularly good. We may continue to sell Queensware at the usual prices when the rest of the trade can scarcely give theirs away.”

Fast forward a couple of centuries and celebrity endorsements are as omnipresent as cute cat videos on YouTube. However, now that the value of ‘celebrity’ has been diluted in the modern era to embrace anyone and everyone from Madonna to Z-list reality TV no-marks, how relevant are such brand associations? After all, it’s now the customers rather than the brands who tend to drive the message themselves via social media.

In Ogilvy On Advertising, David Ogilvy wrote: “Testimonials by celebrities are below average in their ability to change brand preference. Viewers guess the celebrity has been bought, and they are right. Viewers have a way of remembering the celebrity while forgetting the product.”

However, Mark Rooks, a senior marketing manager at Pepsi, believes that: “It’s truly vital to our customer base. Not only does that celebrity bring new value, excitement, or humour, but they bring an energy and memorability that you don’t get sometimes with non-celebrity advertising.”

Both men have very relevant points. You can watch a TV advert 10 times yet fail to absorb what the product is. In other instances, such as in George Clooney’s Nespresso advert, there’s an instant association that has helped elevate the Swiss coffee brand above its competitors.

The key is authenticity. When a forward-thinking brand and a high profile artist are singing from the same hymn sheet, the results can be spectacularly positive.

In the early 2000s, Vitamin Water manufacturer Glaceau was attempting to break out of the niche health food market and into the mainstream. So, when the world’s best-known rapper, 50 Cent, was spotted swigging the product after his daily gym session, the company approached him for a plug.

However, thanks to the foresight of the rapper’s late manager, Chris Lighty, Mr Cent jumped on board as a full creative partner and minority shareholder of Glaceau, and helped develop a signature flavour – Formula 50 – to boot.

Thanks to this partnership the popularity of the drink rocketed, and a few years later Glaceau was bought by Coca-Cola for a cool US$4.1 billion. The deal netted 50 Cent a reported US$100 million.

The association between a health drink and a fitness fanatic had obvious authenticity; it’s when these lines are blurred or seem downright contrived that brands have a big problem.

When singer Alicia Keys was named global creative director at BlackBerry, more than a few eyebrows were raised. There was no logical fit.

Dan Charnas, author of The Big Payback: The History of the Business of Hip-Hop, asked: “What the hell does Alicia Keys have to do with BlackBerry? And when has Alicia ever had the aesthetic to be a creative director of anything except an album? It doesn’t make any sense to me, other than it’s a company trying to make something that’s inorganic more organic. It’s the co-optation of cool.

“It’s a title that makes the artist feel better about any misgivings they have about whoring themselves out to a company. But the fact of the matter is, if it’s a good combination, if it’s organic, then there’s nothing whorish about it. There’s absolutely nothing wrong with it.”

A few weeks into her ‘role’, Keys sent a tweet praising the functions of the BlackBerry, that was marked ‘sent from my iPhone’. She blamed the own goal on her phone (her iPhone rather than her simply sensational Blackberry) being hacked, but the damage was done.

When it comes to an authentic, believable brand association, the recent partnership between high-end Portuguese clothing brand Sacoor Brothers and arguably the finest footballer on the planet, Cristiano Ronaldo, hits the target. Not only is Ronaldo a well-groomed, sartorially elegant individual, but he also happens to be Portuguese – the association, therefore, is obvious.

“There must be a match between a brand and the ambassador; being an ambassador is more than just a business partnership. An ambassador represents a brand and has to identify himself with that brand. It has to be a true connection that transpires outside to the consumer,” said Hugo Carico, Sacoor’s marketing manager for Asia.

“Sacoor Brothers has always dressed celebrities as part of our marketing mix. We have had great relationships with many well-known names around the world, and the celebrities we’ve worked with all embody the Sacoor Brothers brand values.
“Cristiano had requests from the best brands on the planet, but in the end he chose us. I think both Cristiano and Sacoor Brothers share the same values and that helped with the negotiations.

“We are a brand that is constantly expanding, we are present in nine different countries, with more than 70 boutiques across the world, so who better than the world’s best player to be our ambassador?”

The powers that be at Sacoor wouldn’t be drawn on how much their partnership with Ronaldo was costing them, but the Real Madrid superstar doesn’t come cheap. Speculating such a huge amount of money would have been a big call for the person who signed the cheque.

“These strategic decisions are not taken lightly. It’s a top down decision and isn’t just done on the whim of the marketing manager.

“For instance, a beer company like Carlsberg has a whole host of statistics and customer trend measurements to work out how much they’ve got out of a celebrity endorsing their product. It must work or they wouldn’t do it.”

As a company, Bang & Olufsen have tended to avoid celebrity endorsements, which is unusual in such a competitive marketplace.

“I don’t want this to sound arrogant, but we don’t feel like we need to to go down that route,” adds Lars.

“Our products are so good and we have such great brand loyalty that we have never felt the need.

“We don’t think we need George Clooney standing next to Bang & Olufsen products to enhance our brand. Also, it takes a huge amount of money out of your marketing spend to do this. B&O as a company invest big money on research and development, and so we wouldn’t be able to spend the kind of money needed to go and get the right celebrity endorsement.”
While eschewing the tried and not so trusted strategy of traditional celebrity endorsements, Bang & Olufsen occasionally collaborate with musicians for one-off projects.
“Each time there has to be a relevance to our products – usually through music. For instance, for The Living Room Tour (part of B&O’s launch of Immaculate Wireless Sound products – their latest innovation in sound, design and technology) we collaborated with Paul McCartney for an exclusive live streamed session.

“We continued this theme with an exclusive online series featuring Carlos Santana and hip-hop artist and producer Wyclef Jean. We released episodes, video excerpts and behind-the-scenes footage via social media. Again, there was a natural fit with these three artists because of their music and us being manufacturers of top end music equipment.”

Despite their reticence at using ambassadors on a long-term basis, Bang & Olufsen have made an exception in China by signing a deal with classical musician Li Yundi.

“Because China is a very different marketplace and very important for future growth of the business, we decided that an ambassador was important.

“There are so many companies competing for the same space, so you have to do something different to make yourself interesting to the local market, build your heritage and make it relevant to the Chinese. Li Yundi is young, edgy and cool, and very much into authentic music so it’s a perfect match. It’s an example where certain markets need certain strategies.

“These are rare examples though. We prefer to use content marketing and social media.

“We monitor our social media all the time and we’re having regular conversations with our customers who are our brand advocates. To an extent that means we are controlling the message and that’s what it’s all about.

“Another issue regarding the use of brand ambassadors is that something could happen to that person that has negative conotations for the company he or she is representing, so it’s a big risk. In that situation we could lose control of the message.”

If you think that Bang & Olufsen are being paranoid, then cast your mind back a few years to when Tiger Woods’ post-Thanksgiving motor vehicle accident and subsequent altercation with his then wife precipitated a car crash of a very different kind.

At the time, Woods was on the verge of becoming sport’s first billion dollar athlete, and was being courted by the biggest brands in the world. However, when his cultivated image of a happy family man and doting father was brought crashing down by revelations of a stream of mistresses and his penchant for the company of ladies of the night, brands checked out quicker than it took Tiger to roll in a four-foot putt.

In 2010, just after all was revealed, the 14-time Major winner lost US$22 million in endorsements when organisation after organisation jumped off the brandwagon.

The bottom line is, if Tigers can be culled in the celebrity endorsement jungle, then brands should be careful not to fall into a similar trap.