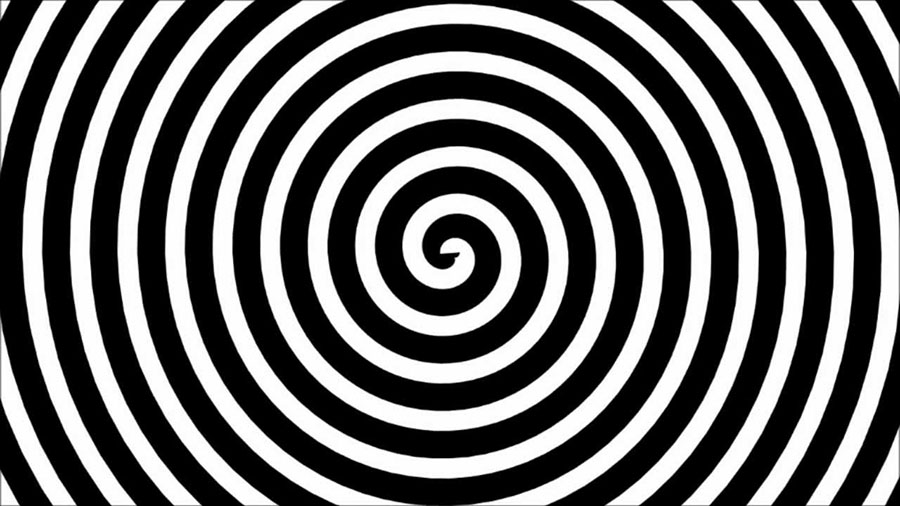 The career odyssey of a broadcaster, turned pilot, turned hypnotist.

The 18th-century English poet William Cowper was a man regarded as a lyrical genius by his contemporaries. However, like many supremely gifted artists, Cowper flitted between periods of prolific creativity and bouts of agonising mental torture. He was institutionalised on more than one occasion on account of his “insanity”, as it was rather generically termed back in an era when books were bound in human skin and wives could be sold at local markets.

However, despite Cowper’s periodic battles with his own psyche, the Hertfordshire-born wordsmith managed to pen two lines that will surely remain part of the English lexicon ad infinitum. Atheists may dismiss the line, “God moves in mysterious ways”, but surely no one would argue with the observation, “Variety is the very spice of life that gives it all its flavour”.

Now 52, Jonathan has always followed his dreams; it’s just that those dreams have been more varied than the colours of a chameleon. The former psychology student and wannabe surgeon began his working life as a radio presenter and producer, before becoming a pilot and flying instructor. He’s now working as a hypnotist. Yes, really.

Here’s another line: “Jack of all trades, master of none”. This was coined by the author Robert Greene in 1592 when describing some chancer by the name of
William Shakespeare, who at the time was both an aspiring actor and playwright. You may be thinking that such a description is quite apt when referring to someone like Jonathan, who has changed course more often than an orienteerer who’s bought a knock-off compass from Derek Trotter. However, Jonathan is unique in that he has tasted success in all of his career pathways to date.

“It’s great to have a job that makes you smile every day. I’m lucky in that respect because it’s been the same in everything I’ve done,” Jonathan tells EX magazine.

Born in Sheffield, England, in 1961, Jonathan’s earliest memory is of sitting in the garden staring open-mouthed at aeroplanes overhead. He was captivated.

“I instantly wanted to become a pilot,” he says.
“The 1970s were an amazing time in aviation; Concorde, jumbo jets, some kind of incident every other week. Being a pilot was the coolest job in the world. As I grew older I discovered that I had to be good at maths and physics to become a pilot, so my father gave me extra tuition until I was able to meet the standard. Sadly, my eyesight let me down. In those days you had to have 20:20 vision and I didn’t. It was as simple and cruel as that.”

With dreams of a globetrotting life as a pilot apparently shattered, he set his sights on something equally ambitious. Medicine.

“I loved the idea of working in accident and emergency, sewing people back together and saving lives. Sadly, my lack of intellect let me down and it never happened. I wasn’t brainy enough.”

I’m trying to figure out a correlation between the desire to become a pilot and also wanting to work in a hospital. I suppose pilots and surgeons are both jobs that require precision, accuracy and accountability for the lives of others?
“The difference is that if you stuff it up as a surgeon, you don’t die with the patient…”

In his own words, Jonathan was too blind to fly and too thick to operate, so what would the next career choice be? Come in, number three.
“I enrolled into the University of Bradford to take a degree in psychology and philosophy.

“It was a science degree, so lots of physiology and biology. I like things to be proven. It was a good grounding in communication and people skills though, which is something I’ve used throughout my career.”

Two years in, and Jonathan was sailing towards a solid qualification, but then the ship took another dramatic turn.
“I became involved in a student radio station called Radio RamAir. It was wild. The rock show presenters were so smashed that they passed out mid-programme; the morning show presenter and his girlfriend once had sex live on air to raise money for charity, and we occasionally turned the transmitters up so high that we were attracting listeners in Belgium. It was anarchy.”

Now, we all like to have a good time, particularly during those carefree university days when you can get away with pretty much anything. But surely this little broadcasting sideline wouldn’t distract him from completing his degree?
“I’m afraid it did. I was offered a part-time job by Pennine Radio. My dad wanted me to stay and finish my degree, but my mum advised me to follow my heart. Your mum is always right, isn’t she?

“The station broadcast from a smoky, haunted cellar. I was the lowest of the low; an assistant producer and gofer who would answer calls for the late show. Sometimes I wouldn’t see the sun for seven days. It sounds depressing, but I was in my element. I had found my niche at last.” For now, anyway.
Working in the media is notoriously competitive, but the harder you work, the luckier you seem to get.

“My ‘big break’ came one night when I was alone at the station. We only broadcast until 2am and that’s when I would sneak in to practice being a DJ. Being a DJ was a glamorous job.
“Once, during those early hours, a large mill caught fire and I put together an audio report and script for the incoming breakfast show newsreader. However, the next morning, the surly managing director fired me for unauthorised use of the studio equipment. I thought I was finished, but then in the next breath he hired me as a full-time producer as a reward for ‘using my brain’!”

Jonathan went on to enjoy a successful career as a producer at various radio stations. A stint at Gwent Broadcasting in Wales saw him become the youngest head of a department in local radio history at just 21. But with a growing entrepreneurial spirit, it wasn’t long before he set up his own TV and radio production operation, PRTV, which traded successfully for a decade. However, 1996 proved to be yet another major turning point.

“Firstly, I met Barry, who has now been my partner for 18 years. Secondly, I was invited by an online dating company to design and build them a radio station. Thirdly, I took my first flying lesson, and lastly, I gave up smoking. All four things were to change my life.”

The station Jonathan and his team created, Gaydar Radio, flourished. It was a subsidiary of the dating site of the same name which boasted seven million members, so the audience was all but guaranteed. The money rolled in, as did a prestigious Sony Award. But his broadcasting career was about to be consigned to history; it was time to take to the skies.
“Barry bought me flying lessons for my 35th birthday. I was now at the airfield at least twice a week and studying to become a private pilot. I took my first solo after ten hours’ tuition (it’s usually about 30) and became a private pilot in just six months.”

Radio. Done. Flying. Done. Hypnosis? How did that happen?
“I was desperate to stop smoking, and a friend suggested hypnosis. I thought it was worth a shot. Actually, giving up smoking was easy – I’d done it hundreds of times before!
“However, Mervyn the hypnotist did nothing to inspire me. He was an ageing Aussie hippie with a vacuum salesman moustache, who chatted for a bit about smoking, and then got me to close my eyes. I was unimpressed and told him so. But then something strange happened. I didn’t want to smoke anymore. I still don’t.”

Still uncertain that hypnosis had any part to play in his abrupt nicotine withdrawal, Jonathan attended Mervyn’s self-hypnosis course to see if what he had experienced was the real deal.
“There were lots more hippies, plenty of bean bags and even more joss sticks. At the end of the three-day course I demanded proof that hypnosis worked. Mervyn told me to hypnotise my arm to feel no pain and not to bleed. Bizarrely, he was able to shove a nappy pin through an inch of flesh and muscle without me feeling anything. I was hooked.” Literally.

For the next three years, Jonathan spent two weekends a month with Mervyn, learning everything he could. Again it wasn’t long before he set up his own operation; this time LifeForce, a hypnotherapy clinic in Richmond, Surrey, that also ran courses in hypnosis. However, despite boasting a regular client base, he would ditch it all to move to the other side of the world.

“Barry was doing really well in the city and in 2002 he was offered an amazing job in Sydney. The opportunity was too good to turn down, so I sold my stake in the various business ventures and properties and we left for Australia.”
Back in 2002, same sex partnerships weren’t recognised in Australia, so, unable to work, Jonathan spent 18 months on the beach learning to surf. Life can deliver some crushing blows…
He was then granted a study visa and decided to upgrade his private pilot’s licence and attempt to qualify as a commercial pilot.

“It was an amazing two years; soaring over New South Wales in a little plane on beautiful blue-sky days.
“I cheated in all seven of my exams by using self-hypnosis to remember everything. The hypnosis also helped me stay calm and relaxed without losing concentration and focus. The other students were stunned, so I charged them for hypnosis sessions!”

Having achieved commercial pilot status, Jonathan studied for a further three months to become a flight instructor, and, once qualified, was quickly offered a job. This “job” with a flight training company soon became a joint business venture when Jonathan proposed to fund and build a flight simulator, which the company could also use to train their students. Thus PilotCentre was born.

The company started to make decent returns, but within a few months Jonathan was on the move again when Barry was offered a stellar opportunity with an overseas bank in Singapore in 2010.

“We didn’t even think twice about it. I found a job teaching new airline pilots how to fly the Boeing 737, but then in November 2012 I started to plan and set-up The Hypnosis Clinic, and the doors opened just under a year later. I am back running my own business again and loving it. Singapore is a great place to work.”

However, he hasn’t totally left the world of aviation behind.
“Singapore seems to be full of people who hate flying. I guess being a hypnotherapist and a commercial pilot makes me uniquely qualified to help people to become ‘professional passengers’ and really enjoy it for what it is; the safest way to travel.

“I take my clients into a real Boeing 737 flight simulator, so they can see just how safe modern aircraft are and how easy they are to handle. After about 10 minutes, I let them take the controls. Taking people flying is the most enjoyable part of my job.”

This is a man who really has lived the dream(s).