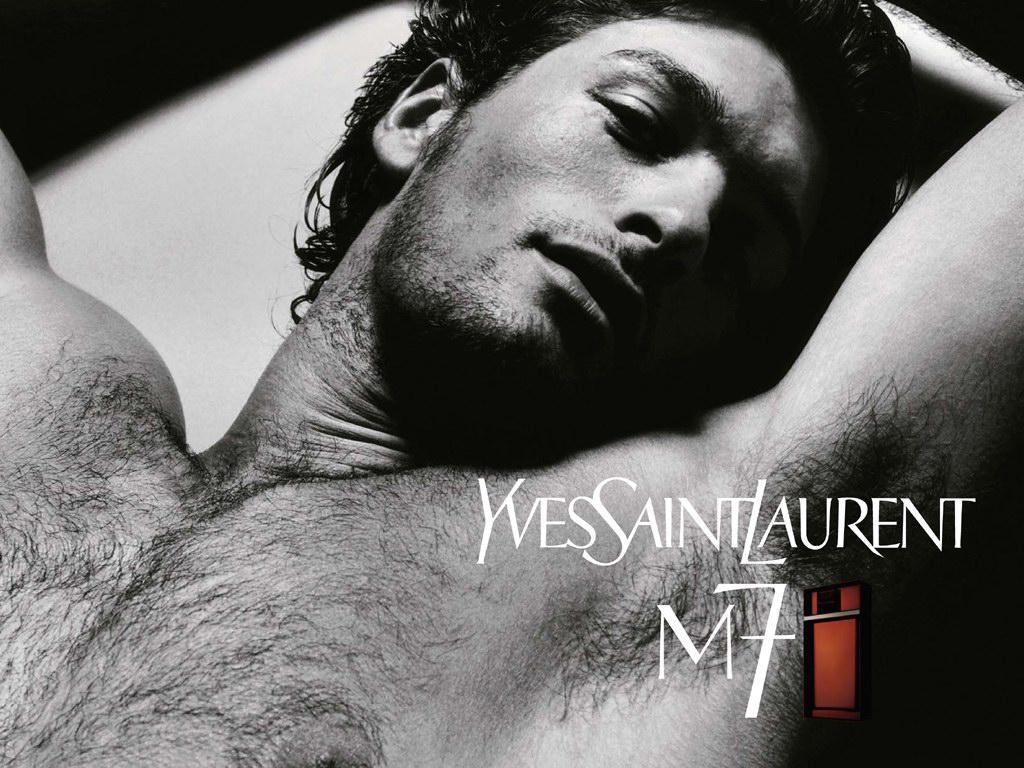 Why YSL’s iconic Oud fragrance, M7, was way ahead of its time.

Business history is rich with tales of pioneering companies that have remained at the very top of their particular sector after blazing that initial trail.

For instance, the likes of Coca-Cola and Levi Strauss are still the best selling and most profitable brands in the fizzy drink and denim sectors respectively – their name familiarity crucial in securing repeat business and new custom.

The competitive advantages are significant for the pioneer, but what happens when a company hits the marketplace too early?
Just over a decade ago, Friendster was the most exciting website in the world – the first genuine social media site that pre-dated both MySpace and Facebook, and one that garnered over three million users in its first few months.

However, the site was infuriatingly slow and unreliable, and behind the scenes personality clashes between a wide variety of venture capitalists saw their progress grind to a halt. Friendster remained popular in Asia until 2012, but was finally shut down three years later.

Who remembers Vodaphone’s Palm Treo? The product was the first ever smartphone, but the company behind the innovation was unable to move swiftly enough to reduce the sheer heft and weight of the product in future editions, and was soon overtaken by the  revolutionary Apple iPhone in 2007.

Going much further back, the Sony Betamax was technically a much better product than VHS, but its failure to introduce tapes that played and recorded for longer than an hour saw it swiftly  become obsolete.
So what have these albeit rather interesting corporate tales of woe got to do with a fragrance magazine devoted to Oud, I hear you cry?

Well, even though Oud has been used for various purposes in the Middle East for centuries, the first Oud fragrance to truly make a move in the Western market was a product that’s still posthumously revered by the Perfumeratti – despite the fact that, at the time it was around, it failed to capture the attention of the perfume buying public.  In the right way, anyway.

The product in question, of course, is the iconic Yves Saint Laurent creation, M7, which careered at breakneck speed into a startled marketplace in 2002, accompanied by a very risqué advertising campaign that featured a significantly hirsute and fully-nude
male model.

Although the launch of M7 was little more than a decade ago, the fragrance landscape at the time was markedly different. This was an era, lest we forget, in which the ‘clean fresh’ style that took hold in the early 1990s firmly ruled the perfume roost.

If Issey Miyake’s Eau d’Issey was a forerunner for the title of Clean Fresh King at the dawn of the 90s, then it was soon succeeded by Acqua di Gio, whose ascension to the throne precipitated a swift opening of the floodgates.

Davidoff’s Blue Water was another clean fragrance favoured by fans of bland aquatic scents, but it was still far superior to the plethora of cheap imitations that quickly followed that were so synthetically clean that they literally smelled of laundry detergent.

This, then, was the fragrance landscape when YSL laid down its revolutionary Oud marker in 2002, in much the same way that the intrepid Roald Amundsen stuck the Norwegian flag in the middle of the South Pole nearly a century earlier (okay, I’m massively over-egging the pudding, but you get my drift).

Not only was M7 the first mainstream Oud fragrance to hit the Western market, but it was also anything but a mild and subtle introduction to the intoxicating scent of liquid gold. M7 was complicated and complex, aggressive and confusing.

One Thousand Notes described it as: “A smoky, incensey, bristly, growling thing. You’ll either love it or hate it; there’s no in-between.”
Customer reviews seemed to confirm the theory that M7 was singularly incapable of finding any middle ground – it was the archetypal Marmite fragrance.

A review on Fragrantica read: “I just received my package by FedEx and tried it on. I must confess, I don’t think highly of it; it does not impart an impression that it is a fragrance. It, as so many have said, smells of cough syrup or a medicated pancake syrup. It causes headaches and it is also very nauseatingly repulsive.”

An anonymous critique, that appeared on the Kafkaesque website, demonstrated that even die-hard perfume lovers were really struggling to understand this pioneering new kid on the block, and that reviewing the scent conjured up as many questions as it did answers.

It read: “Weirdly intoxicating. Medicinal yes, perhaps smoky as well? Like dousing a campfire with some antibiotic perhaps, but not in a bad way.

“After some time, the incense came out, but not in a strong, pungent way that would nauseate one. It does still smell medicinal, but in a more intriguing and less abrasive way. Like a clean band-aid or like gauze with a mild ointment on it. But less potent and unpleasant. I’ve read some comments that liken it to a hospital, but I think that does it  a disservice.

“Someone described M7 as both hypnotic and comforting, and I utterly agree. I am totally under its spell. It’s definitely for cool/cold weather. M7 makes me want to mysteriously wander the streets of Paris on a cold, rainy day while wearing a trenchcoat.”

The latter part of the above review illustrates just how M7 stirred passions among those who dared to spray and splash. However, the desire to wander around rainy Paris dressed in a trenchcoat is a fundamentally niche yearning, and certainly not aligned to YSL’s ambition to hit the mainstream with Oud.

YSL’s team, headed up by none other than Tom Ford, put Oud at the epicentre of M7 as part of a huge commercial release – the product took pride of place on every major department store counter across America and Europe. Everyone involved with M7 was soaring with ambition and confident of success, so the fact that it bombed on a purely commercial level was a massive disappointment.

Mark Behnke, Managing Editor of fragrance website CaFleureBon, picked M7 apart thus: “M7 does start with a classic citrus opening of bergamot and orange. A bit of rosemary is also present to give the early stages of M7 an almost classic cologne feeling.

“The Oud arrives almost immediately after that cologne opening resolves itself, and it takes M7 to a different place.

“(But) what is especially interesting is that the creative team didn’t attempt to remove the quirkier, less pleasant character of the Oud itself. All of the adjectives we use to describe Oud were on display; medicinal, leathery, resinous, ‘smells like band-aids’, but it was placed on an intelligently chosen group of notes to give it a velvet pillow to lie upon.

“Vetiver is used to enhance the woodier facets of Oud early on, and then slowly but surely the quirkier medicinal aspects begin to peek out. The creators very cleverly don’t allow that stage to linger long as they use sweet myrrh to bring the focus over to the less challenging resinous quality of Oud, and it is in that combination of myrrh and Oud where the heart of M7 beats.

“Labdanum, amber, and musk all support that heart and keep it beating strongly until it fades away.

“M7 has overnight longevity and above average sillage, and I know when I first smelled it, it was so different and amazing it took me all of 24 hours to return and buy a bottle. At that point in 2002, there was nothing like it to be found anywhere else.”

Behnke’s retrospective 2013 blog proves that hindsight has been kind to M7.
He added: “It was a resounding failure at the time, although it would probably be very popular if it were introduced today due to the current market’s new familiarity with Oud.

“It was apparently too much, too soon, as it was a very powerful fragrance, but it has a cult following to this day, due in part to its provocative ad campaign.”

Most magazines outside of France refused to run the advert in all its full frontal naked glory; instead opting for a more acceptable above-the-chest close-up.

One thing that can be said for the advert is that there was no ambiguity about who the scent was for – although a few hardy women continue to espouse the virtues of wearing M7, this was most certainly a male fragrance.
But the reaction to a naked, hairy male as the poster boy for a style of fragrance that almost nobody in the Western hemisphere had ever encountered before, was just one of the many nails in M7’s coffin.

Soon after the product’s launch, a review of the advert in UK newspaper the Sunday Herald attempted light-hearted amusement, yet its tone was unmistakably one riddled with panic and fear.

Respected fragrance expert, Kafkaesque, observed: “If that was the British reaction, one cannot begin to fathom what the American one would have been!

“Of course, that would have required the full advert being shown here in America, and that would have been highly unlikely given the puritanical mores (the lingering effects of Janet Jackson’s ‘Nipplegate’ are still not over).
“How did M7 have a chance to make it, and to introduce the mainstream, soccer dad world to Oud? It didn’t. Not a chance in hell. Even if the perfume notes hadn’t made it too alien for the time (mandrake root?), that ad simply sealed its doom.

“The bottom line is, M7 arrived too early to really have a chance against the powerful trend of ‘fresh clean’ fragrances – especially as it was launched during the reign of Acqua di Gio. When people wanted an alternative to that they opted for the new gourmand style that still dominates, now possibly even more than the ‘clean fresh’ aesthetic.

“What it did do was open a door that has now become a flood of Oud. But in 2002, it was a bit of a perfect storm situation for M7.”