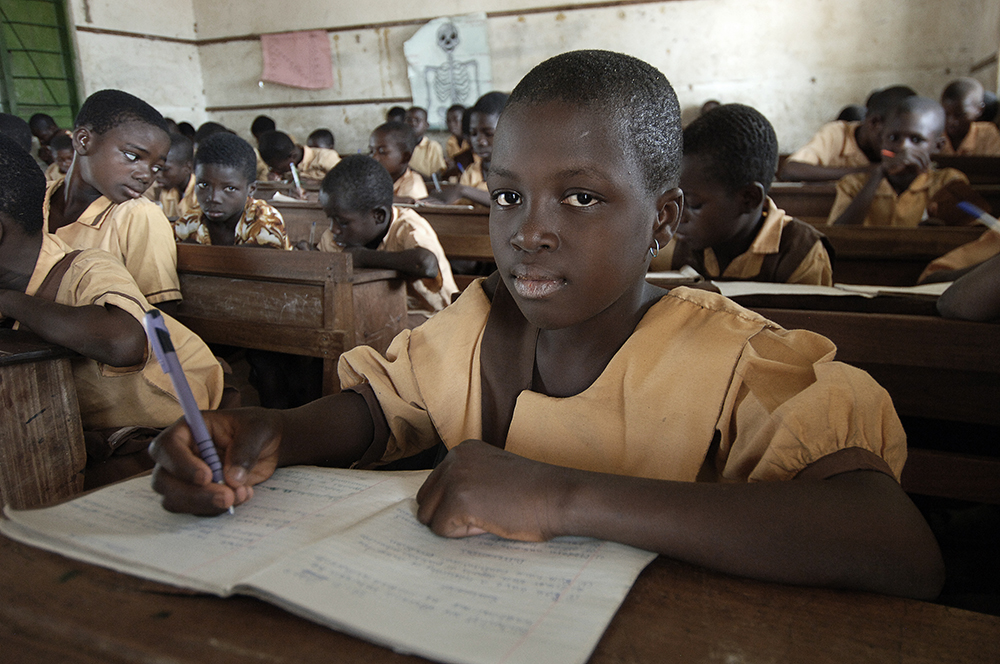 In early 2002, I packed my bags and headed to Ghana to work as a volunteer for a charity that helped thousands of underprivileged kids in West Africa. I’d agreed to teach English and help out at an orphanage in a tiny village called Abelemkpe, near Accra.

My motivations for embarking on this 15-week odyssey were four-fold:

1: I’m actually quite a decent chap, and I genuinely wanted to do some good.

3: It was so cold in the UK, that ironing a truckload of army uniforms while listening to a Celine Dion CD on repeat was preferable to venturing outside.

4: Unlike a large percentage of my mates who’d headed straight for Thai beach parties and the hippie trails of Papua New Guinea after finishing university, I’d not risen from my backside to join them. I was now eternally jealous. (In hindsight, I’ve no idea why; most of them returned to the UK sporting dreadlocks, tattoos, serious vitamin deficiencies, massive credit card debts, and were virtually unemployable.)

Anyway, after negotiating a three-month sabbatical from my job as a newspaper reporter, I signed on the dotted line for the charity Teaching and Projects Abroad, who promptly booked me on a flight to Ghana a few short weeks later. It was then that I remembered something rather important. I was petrified of flying.

London to Accra was a six-hour journey; at this point in my sheltered life I’d not travelled beyond the beaches of Spain. My levels of
anxiety were further exacerbated when the
tickets arrived through the post; I was flying Ghana Airways. According to a pilot friend of mine, they were to airline safety what Ronald McDonald is to healthy eating.

A few days later my fears were elevated to new heights when I won the star prize in a raffle to raise money for a beleaguered semi-professional football club that I wrote match reports for. The prize, worth around £2,000, was… flying lessons. You couldn’t make it up.

At the prize-giving, to the delight of the punters who’d splashed out on tickets and who were glaring at the winner like he was the devil incarnate, I took to the microphone and announced, “I’d like to raise as much money as possible for this fantastic football club and you wonderful people, so I’m going to donate the prize back to the committee, so that they can sell another batch of tickets and raise even more cash.”

An ovation broke out, and I was slapped on the back by hordes of fans who thought I was the second coming of Dr Barnardo. Little did they realise that my benevolence was as genuine as a sex tape featuring Justin Beiber in a three-way play with Marilyn Monroe and Eva Braun.

It was high time I confronted my irrational fears. My solution was to see a hypnotist.

As I lay under a floral blanket, staring at tiny dots on the ceiling, while listening to the sound of dolphins cavorting in the ocean and the reassuring voice of a lovely chap called Roger, I wondered what on earth I was doing. I was also contemplating how I could have better spent the hundred quid that I’d splashed out for two sessions of this nonsense.

However, at the end of my second visit, I felt infinitely more relaxed. Roger had made me
realise that I didn’t fear flying, I actually feared not being in control. (And crashing.) Did my desire for control mean that I wanted to take the reins of a Jumbo Jet bound for Ghana? The answer, of course, was a resounding no; a fully trained pilot of sound mind would do nicely thank-you very much. Instead, I looked forward to a few beers and a goat and plantain curry at the back of the plane. Hypnotism had worked wonders.

When it came to boarding the flight to Accra, I was literally bounding up the steps whistling a tune. Then, as I reached the entrance to the plane, the chap in front of me innocently asked the air stewardess, “Why have there been no Ghana Airways flights this week?” To which she replied, in a fabulously jocular West African drawl, “Oh, it’s because of all the technical problems we’ve been having with the planes.”

I was back to square one.