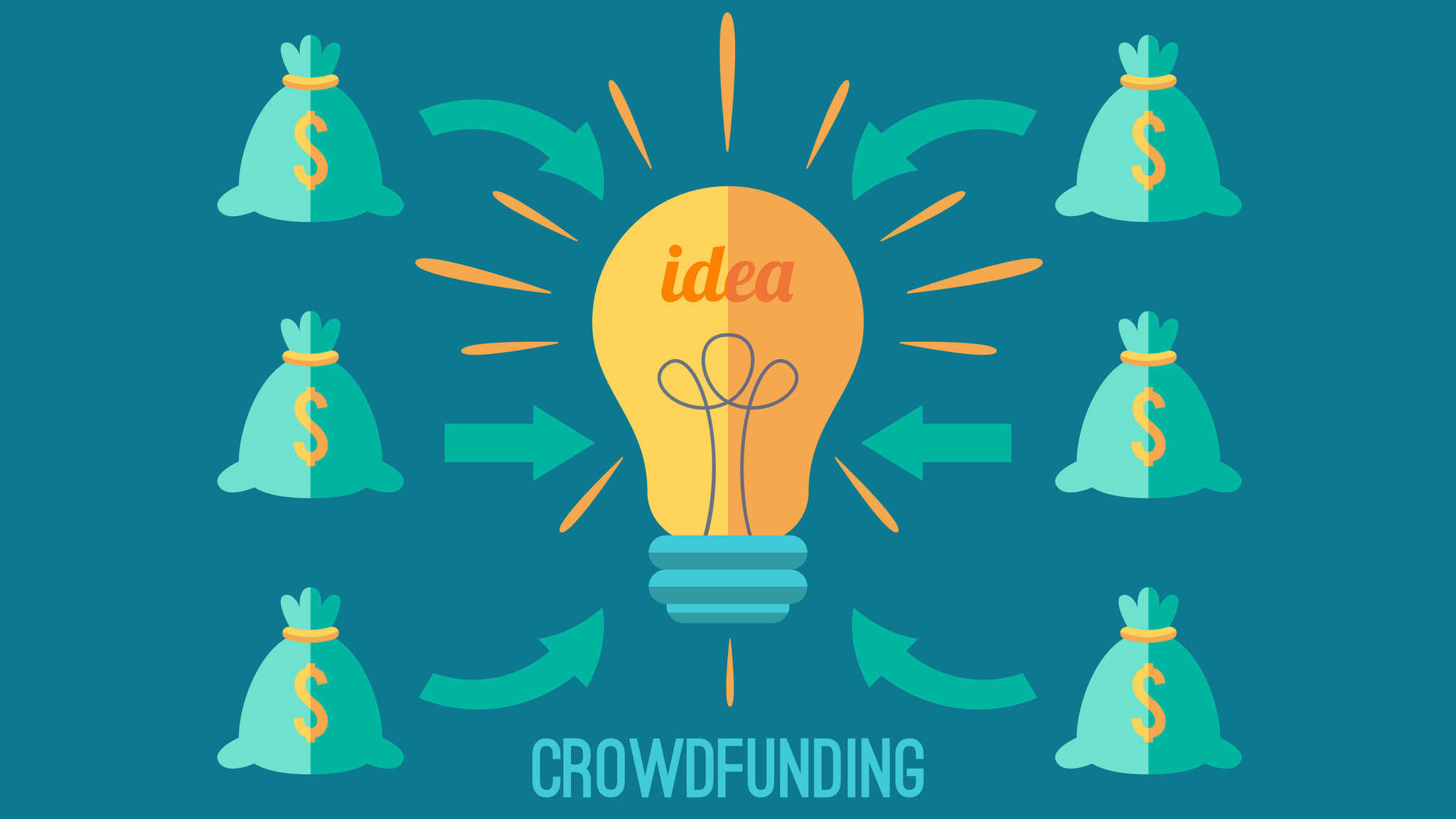 How the power of the internet has seen crowdfunding emerge as the investment platform for the social media generation.

It was the little known blogger Michael Sullivan who first coined the term ‘crowdfunding’ back in 2006, yet, nearly a decade later, if you were to ask a random selection of people for a definition of the word, you’d still be met with a significant amount of stuttering and blank expressions. This, despite the fact that the industry grew in value to over US$5.1 billion worldwide in 2013.

As the name suggests, crowdfunding refers to a large pool of individuals (the crowd) funding a business or a personal project with their own money, typically via the Internet with the aid of social media. The increased power of the Internet has allowed creators a chance to pitch their ideas to millions of people across the globe, rather than just investment managers, venture capitalists and CEOs of large companies. Crowdfunding sites allow entrepreneurs to reach out to the general public, outline their project in a video, and appeal to those interested in investing. Would-be entrepreneurs can also tap into vast networks of friends, family and colleagues through social media websites such as Facebook, Twitter and LinkedIn to spread the message about a new business in order to attract investors.

The industry has seen explosive growth in recent years. In their May 2013 report, industry analyst Massolution reported an 81% growth rate for 2012. In that same year, crowdfunding platforms raised US$2.7 billion and successfully funded more than a million campaigns; of the 50 highest funded projects on major league crowdfunding platform Kickstarter, 45 have been transformed into ongoing entrepreneurial entities. Even by our rudimentary maths, that equates to a 90% success rate.

And it’s not just entrepreneurs who have benefitted from this new approach to fundraising. The crowdfunding revolution also played a significant role in deciding the outcome of the 2012 US Presidential Election.

During the campaign, President Barack Obama was unable to keep up with big spending Republican candidate Mitt Romney, who was receiving million-dollar cheques from an army of wealthy political donors.

So the Obama campaign, which had used crowdfunding to great effect four years earlier in their initial election triumph, ramped up their approach by sending cash requests to the President’s followers through e-mails, social media and text messages.

In one e-mail plea, authored by Obama himself in late June 2012, he warned, “I will be the first president in modern history to be outspent in his re-election campaign, if things continue as they have so far.

“And that’s not including the massive outside spending by super PACs (Political Action Committees) and front groups funneling up to an additional billion dollars into ads trashing me, you, and everything we believe in.

“We can be outspent and still win, but we can’t be outspent 10 to 1 and still win.”Recipients of the e-mail were asked to donate as little as US$3 each, and those who donated on that very day were entered into a contest to dine with the president and First Lady Michelle Obama.

Recipients of the e-mail were asked to donate as little as US$3 each, and those who donated on that very day were entered into a contest to dine with the president and First Lady Michelle Obama.

Incredibly, that e-mail raised US$2.6 million, and half of the eventual fundraising total of US$1 billion came from crowdfunding.

If it can help to decide the outcome of presidential elections, then imagine how powerful crowdfunding is set to become in the business world in the coming years?

Apart from the obvious money-raising goal of crowdfunding, it also serves as a useful tool to raise awareness and demonstrate demand for a particular product, which can then lead to funding from an ultimate source – ie. venture capitalists.

An interesting example is the Pebble smartwatch; a product that can interact and control aspects of a smartphone. Despite being a fundamentally sound concept, Pebble hit a roadblock when it came to raising money, and was rejected by a host of venture capital firms who did not want to risk betting on a hardware product. They sought an alternative avenue, Kickstarter, to garner interest and money for their smartwatch, and succeeded in capturing the imagination of the public, going on to raise a total of US$10.3 million. Now fully kick-started, Pebble has since been able to raise US$15 million in venture capital. And on its own terms.

Crowdfunding can also promote healthy competition in industries that may seem saturated. While Microsoft and Sony battle it out for the hearts, minds and wallets of the next generation of console gamers, a little-known company has stolen a portion of the market share.

Ouya is a cheap alternative console – priced at around US$99 – which runs video games on your TV, and has proved to be another phenomenal success story from the Kickstarter platform. Ouya has raised US$8.6 million and is revving up the industry. Nearly 500 games are available, ranging from “Canabalt” to established games such as “Final Fantasy III” and “The Walking Dead”. Most games come with free trials and are sold through Ouya’s online store at incredibly low prices (usually below US$10).

With free trials, cheap games and even cheaper consoles, the launch of Ouya has set it apart from the big boys in the industry, whose new games cost in the region of US$60 (without free trials) and whose consoles are priced at US$200-300. Ouya appeals to the budget-conscious who enjoy video games, but do not have 10 hours a week to commit to the hobby, and therefore cannot justify spending US$300 on a gaming machine.

Crowdfunding is also a powerful tool for charities to raise much-needed cash, and it’s even popping up in journalism circles as we work out new ways of funding quality content.

The South Korean citizen journalism site, OhMyNews, reached out for funding in July 2014 via the site’s founder and CEO Oh Yeon-ho, who posted an open letter admitting that they had lost US$400,000 in the previous year, and needed 100,000 people to donate nearly US$8 a month to get back on a solid financial footing.

Two days later, OhMyNews reported that less than 24 hours after the plea, an estimated 1,100 readers had dug deep, and a further 1,825 had pledged to follow suit. Fans of Cache magazine can follow their lead by sending vast amounts of cash to…