CHANGING OF THE GARDEN 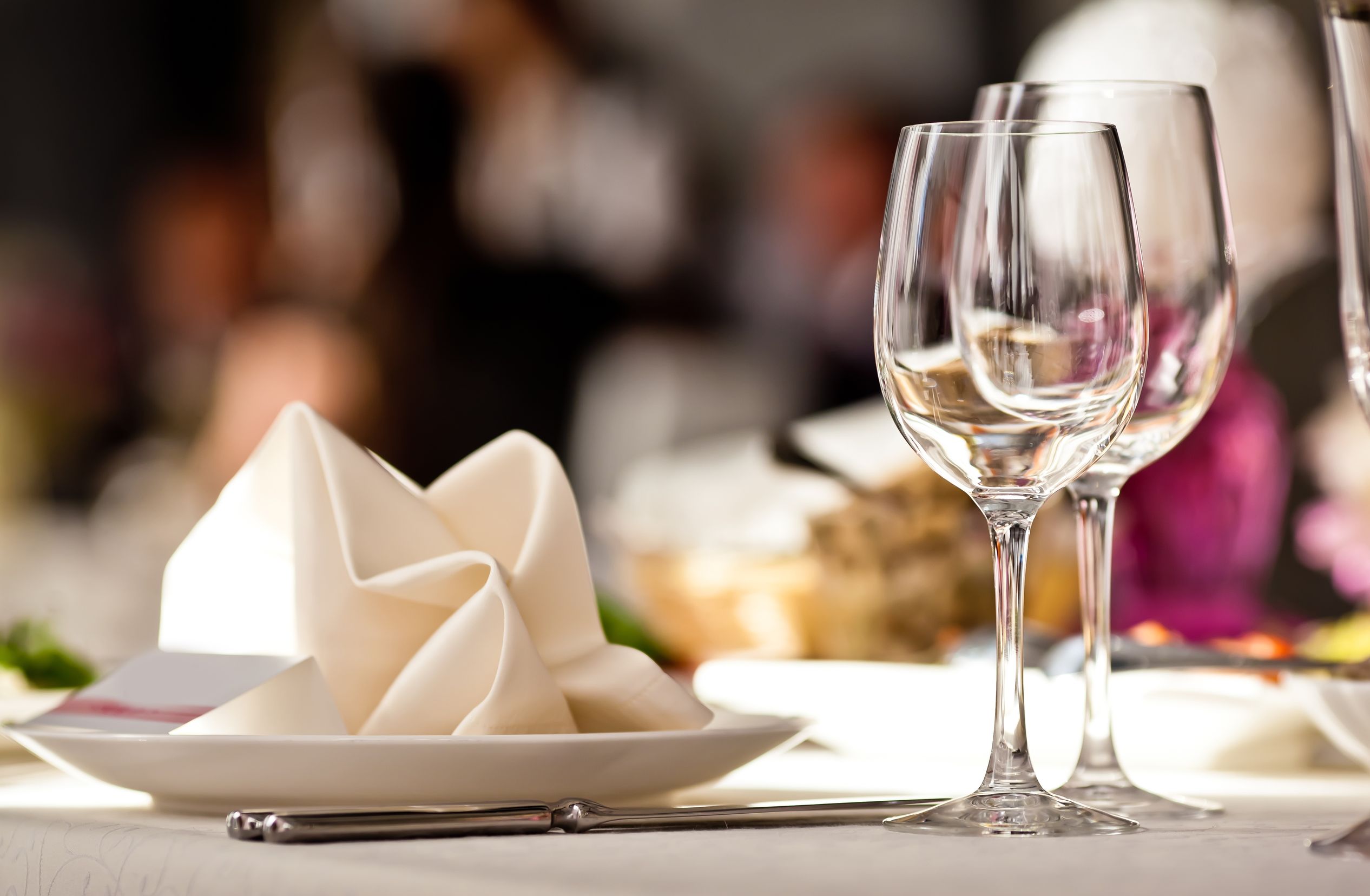 Executive Chef Peter Fiori’s vision has transformed a dank, concrete space in central London into a vibrant garden in the sky.

Last April, when the BBC launched yet another reality TV show, The Big Allotment Challenge, they were expecting competitive horticulture to become as watchable as the remarkably successful cake-making show, Great British Bake-Off. Suffice to say, it failed miserably in its objective. After all, you can bake a cake in half an hour, but reaping what you sow in the garden tends to take a wee bit longer – hence its lack of appeal on television.

However, the BBC’s ill-advised move doesn’t mean that horticulture isn’t growing in popularity; far from it in fact. And not just out in the countryside. As urban landscapes become more and more crowded, the number of rooftop gardens sprouting in towns and cities across the globe is growing faster than government debt in Greece.

Among these cabbage patches in the sky is the incredible Skyline Garden at Coutts Bank in central London, which has metamorphosed from an unloved concrete space into a colourful chef’s paradise; an area that now yields a wide variety of fresh vegetables, herbs and fruit for the bank’s busy kitchens.

The man behind the project is green-fingered Coutts executive chef Peter Fiori, who created this spectacular living larder along with kitchen garden specialist, the late Richard Vine.

One huge benefit for Peter and his fellow Coutts chefs – who serve breakfast, lunch and dinner for up to 700 clients a day – is that the garden enables them to use ingredients that are in peak condition; a factor that has had a discernible impact on the quality of food that leaves the kitchen.

As a bleak winter in the UK gave way to an even bleaker spring, CACHE caught up with Chef Fiori – a man born and bred in Essex, but whose cooking roots are very much in the rolling hills of Tuscany.

CACHE: As an east Londoner, were you brought up on pie and mash and jellied eels?
Peter: Not exactly. I’m from an Italian family where food is hugely important. As a young boy we’d go on monthly visits to an Italian deli called Terroni on Clerkenwell Road, where we would buy our stocks of cured meats, cheeses, pasta, you name it. This was over 40 years ago in the days when you couldn’t even find dry pasta in the UK. I remember my mother making ravioli by hand (no machines like nowadays), and days when I would come home to freshly baked potato bread and ice-cream that was left by my dad who worked in the family ice-cream business.

Your regular childhood holidays to the family home in Tuscany must also have had  an impact?
For sure. I’ll never forget the first beef tomato I tasted in Italy that was picked from our own land. I just added olive oil, black pepper and rock salt; it was perfect.

Can you remember the first time you cooked?
I was helping my mother make Tuscan style macaroni – off-cuts of pasta from the ravioli, mixed in layers with a pork and veal ragout and lots of parmesan. This is a real speciality of the Garfagnana (my region in Italy). It was super good. I still make it today and often have it on the menu at Coutts.

When did you decide that you wanted to be a chef?
I always loved meal times; I regularly helped in the kitchen at home and I was interested in ingredients from an early age. I guess from about 12-years of age I realised that cooking was what I wanted to do.

Was it something that was encouraged at school?
There was no encouragement at school to cook; in fact my school offered very little encouragement in anything. It was a poor school with no discipline – the only thing I learnt was how to be street-wise.

How tough is it in a professional kitchen when you first start? Any horror stories?
It’s a tough profession; long hours and dedication are required. Sixteen-hour days, often six days a week are needed to produce Michelin standard food in a hot environment with lots of pressure. When I started out, I often saw young chefs in tears from being shouted at after making a mistake.

How did you develop as a chef in your earlier working years in London, Italy and Switzerland?
I was always eager to learn and keen to find the best ingredients. Working in other high-end restaurants on my days off helped me to gain more knowledge. I would enter cookery competitions, always thriving when competing against the best. Working in Italy makes you realise that less is more; in Switzerland you soon deduce that a well-organised kitchen is essential, and working in London gives you the opportunity to cook in the most diverse food capital in  the world.

Who were your culinary heroes?
Nico Ladenis and Albert Roux, who set new standards of cooking in the 70s and 80s. They essentially brought haute cuisine to London.

What’s the best piece of advice YOU’VE BEEN GIVEN?
You’re only as good as the last meal you prepared. This was drummed into me by my college lecturer, Serge Boson. It’s stuck with me throughout my career and how true it is. You can cook great food month after month, but one meal served below par hurts so much and will stay in the mind of the recipient for a long time.

How different is it working as a corporate chef to working in a commercial kitchen?
Corporate cooking is far more varied than working in a restaurant. In any one day you could be doing breakfast, lunch, dinner, a canapé party, a buffet and a tasting menu. Many events are bespoke to a client’s requirements. The pressure levels are still high and service needs to be fast and accurate.

Where did the inspiration behind the Coutts garden come from?
I would look out from my office and see an unattractive balcony, and I started thinking how great it would be if we could create a garden. I thought it was ambitious, but I realised that it would completely transform the space. I knew a grower called Richard Vine and I asked him to create some planters. I showed these planters to the business and they gave me the go ahead to start the skyline garden.

Have you noticed a discernible uplift in the quality of your dishes since introducing the garden?
Yes. The vegetables, herbs and fruits are more vibrant – all are cultivated no more than two hours before service, which preserves all the nutrients. Our dishes are often totally based on what we are picking in the garden on a particular day. This gives the whole kitchen team a real buzz.

Do you follow the latest culinary trends or stick rigidly to your own style?
Chefs need to keep up with the times, but you must also maintain your own identity. It’s a balance.

What’s your signature dish?
Black squid gnocchi with octopus, tomato and parmesan; this is a dish that I have been preparing for more than 25 years.

Who’s the most famous person you’ve cooked for?
We get quite a few through the doors, but I would have to say senior members of the Royal Family.

Impressive. What would you choose for your last meal?
Oysters with shallots and red wine vinegar to start. My mother’s gnocchi with ragout for main course, and a peach melba for dessert – all washed down with a bottle of Sassicaia (a full bodied wine from Tuscany).

If you had to name one ingredient that you couldn’t do without, what would it be?
Parmesan cheese.

Is there any food you vehemently dislike?
Coriander. We don’t cook with it very often, unless we’re cooking Asian inspired dishes.

Does your family expect gourmet cooking when you’re at home, or is it okay to open a tin of baked beans?
No, just home cooking. A nice braised shoulder of lamb and piperade would be nice, but no tinned beans, please.

Any outlandish culinary ambitions?
I would like to open a restaurant that doesn’t offer a menu; just the menu of the day that I have prepared. No wine list either, just a wine of the day.