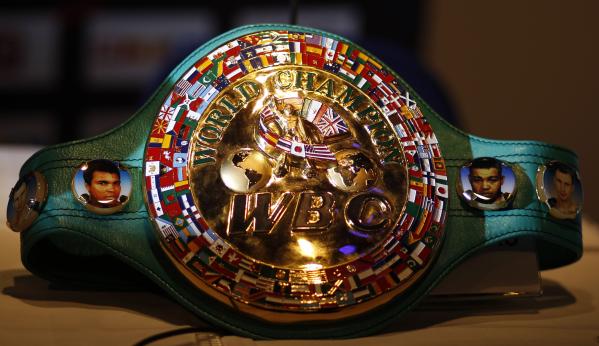 There are many tried and tested ways to get over a relationship break-up; go out every night and try and pull as many girls as you can is an obvious favourite; listen to Gabrielle records while gorging on tins of Quality Street is another, or a more radical choice may be to drop everything and go back-packing in a far off African country. However, my solution to being sensationally dumped was to take up boxing…

My first session at an archetypal spit and sawdust gym in Shoreham involved some half-hearted skipping and shadow boxing while staring at two super-fit professional boxers laying serious amounts of hurt on one another during a sparring session of such intensity that I wished I was back in Africa nursing a broken heart and a dose of malaria (just for the record, I’d already tried girl pulling, chocolate overdosing and travelling around Africa in an attempt to mend the aforementioned broken heart, before rocking up at a dusty, sweaty boxing gym in Sussex).

I felt seriously out of my depth. At the time, my physical ‘attributes’ included a dodgy ankle which swelled up at the mere thought of exercise, and that perfect upper body combination of pigeon chest and pot-belly. Thankfully, renowned local trainer, Bert Barrow, took me under his wing and, over time, taught me the basics of the noble art. Jabs, crosses and uppercuts felt natural and straightforward, but the left hook was another matter; my attempts lacked any semblance of coordination, and were about as powerful as a speech by Ed Miliband. However, Bert, who was in his 70s by then, came up with a practical, rather old school solution to my hopeless hooking. “For now, open your palm and slap with the left hand instead of punching, just to get the movement right,” he said. “Forget power, just pretend that you’re slapping a small child…” Even now, more than ten years on, I’ve yet to slap a small child, but the advice made total sense and I’m now a more accomplished hooker than Divine Brown.

After two months of hardcore training, I was strutting around the gym with the cocksurety of a prime Chris Eubank, so I confidently asked Bert whether he thought I’d be able to handle myself on the mean streets of Brighton if anyone was stupid enough to pick a fight with me. “Course you could, son,” he said. “Punch ‘em in the b*******, kick ‘em in the shins and f****** run!”

One of the things I miss out in Singapore is being able to watch boxing on TV; alas, it’s very rare that a fight will be broadcast here. However, one contest I did manage to catch was Hove fighter Ben Murphy’s brave, but ultimately fruitless bid for the British light-welterweight title back in December when he was stopped in the 11th round of a thriller against the much bigger and heavily favoured Ashley Theophane. Ben, a massive underdog and late substitute, dominated the first half of the fight, but understandably faded down the stretch. I was gutted for him.

Anyone who lives in Hove will no doubt have seen the diminutive Murphy pounding the streets at all hours of the day, readying himself for his next contest. He’s widely recognized as being one of the toughest, most thoroughly prepared fighters on the British scene, but, with Sussex being to professional boxing what Singapore is to husky-dog racing, opportunities for Ben to move himself up the ladder have been few and far between.

Murphy’s predicament echoes that of Portslade’s Mark Snipe, a hugely talented former schoolboy champion who just didn’t get the breaks his ability warranted when he made the transition to the pro ranks. Several years ago I trained regularly with Mark and the former British and Commonwealth heavyweight champion Scott Welch, who at the time was trying to open some doors for his fellow Sussex fighter using his contacts up in London.

One evening, after the three of us had been for a run on the seafront, Scott popped back to my place for a quick drink – much to the surprise of my star struck flatmate who’d seen him getting knocked out by Brad Pitt in the film Snatch a few days earlier. I was just about to pour Scott a glass of outrageously expensive freshly squeezed apple juice when he mentioned that one of the side-effects of his boxing career and the physical punishment he’d absorbed was that he’d been left with virtually no sense of taste. Never one to look a gift-horse in the mouth, I poured the apple juice back in the bottle and handed him a pint of tap water instead…

Another boxer I got to know well was the former world title challenger Wayne Alexander, who lived in Hailsham for a couple of years in the early 2000s.

Despite being pound-for-pound one of the hardest punchers in British boxing history, Wayne is quite possibly the most laid-back fella I’ve ever met. Back in January 2002, Wayne won the European light-middleweight title at the mecca of British boxing, the York Hall, Bethnal Green, by knocking out Italy’s Paolo Pizzamiglio in three rounds. It was a glorious night, the atmosphere at the old hall was electric, and I didn’t need asking twice when he suggested that I head into London with him and his mates for an after-party.

After a few liveners, we made a beeline for a venue renowned for its taste and subtlety, Stringfellows. Alas, the two pug-faced doormen deemed that I wasn’t worthy of patronising their den of iniquity due to my distinctly second-hand, retro attire, while at the same time waving through a ream of facially scarred characters who all fancied themselves as Essex’s answer to Vito Corleone. Wayne, who was dressed from head to toe in Dolce & Gabbana, had no such sartorial issues with the bouncers, and I held out the faint hope that he could use his status as ‘The Champ’ to smooth my entry into the club. Alas not; instead he apologized for my predicament, before asking: “Seeing as though you can’t get in, is there any chance of taking my belts home for safekeeping?”

As anyone who’s ever found themselves walking through Piccadilly Circus in the early hours of the morning carrying the British and European title belts in a soiled Tesco bag will no doubt confirm, being responsible for treasured sporting artifacts can be a rather unnerving experience. Mind you, if anyone had attempted to take ‘The Champ’s’ belts from me, I was more than ready to unleash everything that I’d learned from my boxing training – a swift punch to the nether regions and a kick to the shins before scarpering…