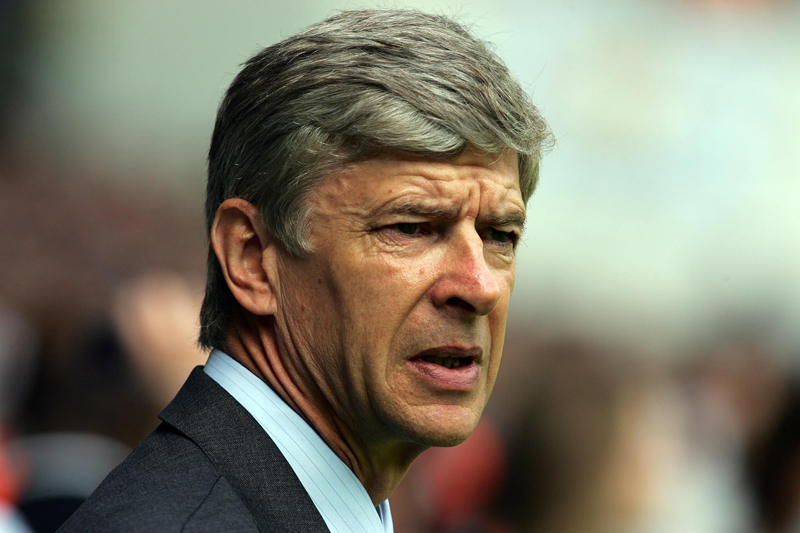 In the wake of their dismal opening day defeat to Aston Villa, Arsenal fans are literally begging their notoriously frugal manager to crack open the safe at the Emirates and finally splash the cash. But is Arsene Wenger the right man to be spending the Gunners’ millions? Judging by some of his previous excursions into the transfer market, perhaps not…

By the time the diminutive Russian had bagged his fourth goal on debut against then league leaders Liverpool, Gunners fans were salivating at the prospect of Arshavin emulating Bergkamp, Wright and Henry and propelling himself to legend status in north London. However, after that balmy night at Anfield in April 2009, his trademark tongue baring goal celebration became as rare a sight as a panda on the MRT.

Signed from Sevilla in 2010, the six-foot centre-half quickly gained notoriety following a series of error-strewn, nervy performances. Last season the Frenchman was reduced to just a single Premier League appearance, despite Per Mertesacker’s abject lack of pace and Thomas Vermaelen’s unfathomable loss of form.

The self-proclaimed greatest player in the world has failed to live up to his own superstar billing during an eight-year spell with the club. Last season the not-so-great-Dane was loaned to Italian champions Juventus, but coach Antonio Conte was quick to label him overweight and lazy. Currently marooned on 99 league appearances for the Gunners, it’s unlikely he’ll ever reach three figures.

If one signing demonstrates that Wenger doesn’t always get it right when it comes to spotting young talent, it’s Lithuanian front man Danilevicus, who was snapped up for £1m back in 2000. A year later he was on the move to Dunfermline on a free transfer. Currently plying his trade for Gorica in the Slovenian PrvaLiga.

Wind the clock back to transfer deadline day in August 2011. Arsenal had just been whipped 8-2 by Manchester United and recruitments were desperately needed. In came the likes of Arteta, Mertesacker, Benayoun, Santos and, er, Park Chu-Young, who was immediately handed the coveted number nine shirt. However, despite Arsenal’s ongoing travails in the centre-forward position, Wenger has rarely, if ever, turned to the former Monaco striker.

Snapped up for £2.1m in 2002 to provide competition at centre-half and in the left-back position, the giant defender had strength in abundance, but displayed all the mobility of a tortoise carrying a washing machine. Despite failing to nail down a regular place, the Frenchman hung around north London until 2006, when he was finally shipped out to Villarreal.

A member of England’s Euro 2000 squad, the future looked bright for Wright when he made the move to Arsenal for a cool £6 million in 2001. However, after just 12 appearances, which included punching the ball into his own net in a 4-2 defeat to Charlton, Wright was dropped in favour of academy goalkeeper Stuart Taylor, and was allowed to join Everton the following summer. Now third choice ‘keeper at Manchester City.

The Moroccan’s free transfer move to Crystal Palace earlier this month perhaps proves that you get what you pay for. A fabulous start to his Gunners’ career included a record-breaking goal spree in the Champions League when he became the first player in the history of the competition to score in six consecutive games. However, it proved a false dawn for the wannabe politician. Three desultory seasons followed, including a thoroughly dismal loan spell at West Ham.

Arsenal collected a brace of league titles and an FA Cup during Jeffers’ four-year spell at the club. However, the Fox in the Box played the role of an ostracized party guest clutching a warm beer during that halcyon period in the Gunners’ history, as he failed to pick up a single winners’ medal. After just 22 appearances and four goals, he was loaned back to Everton, and in the past decade he has found the net a whopping 19 times in 173 games for the likes of Charlton, Motherwell and Maltese club Floriana.

When the Brazilian joined the club in August 2011, Gunners’ fans were hoping that they’d signed a creative full-back in the mould of Roberto Carlos or Cafu. However, Santos’s most memorable moment from his 25 appearances at the club was back in November last year when he swapped shirts with Manchester United’s Robin van Persie… at half time. Oh, and the driving ban he incurred for trying to give the police the slip by weaving in and out of rush-hour traffic in his black Maserati while clocking a whiplash-inducing145mph.